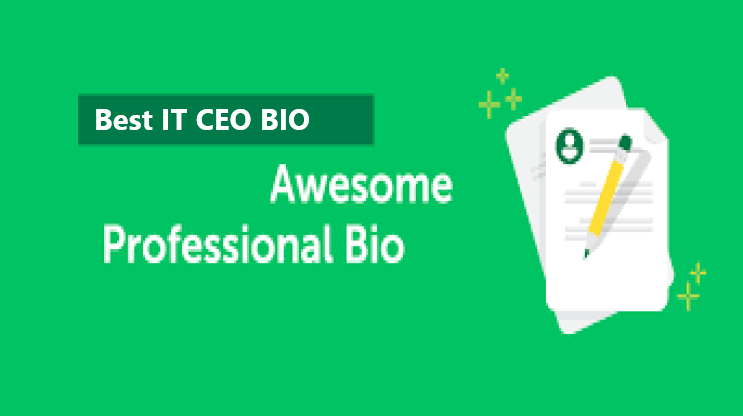 Apple Inc. Being out as an idea of one man. This man was Steve Jobs. Steve Jobs and his friend, Steve Wozniak, were two-man dropouts from the school of silicon valley. After, They created the first apple computer on April 1, 1976.

At the time. HP was not impressed and choose not to pursue. Jobs and Wozniak did not let down. They continuing started to develop and sell their computers. In 1978, They have launched the Apple II version and sales 35,000 computers and in 1979 to 78,000 computers in 1980.

Then, In 1980, The company went to stock offering to sell more through public money. Apple launched a new version in the market. After 1984, Apple made the macintosh computer. The macintosh made sales of 70,000 units soon after it made.

In 1997, Steve Jobs returned to the Company of Apple as an advisor. when Apple inc. purchased his new company NeXT Inc. Then, Jobs became the CEO of Apple Inc. After Introduced the iMac, which sold 80,000 units by 1998.

Jobs and Apple began introducing new and innovative products one by one like the iPod. the iPod was unveiled in 2001 and iPhone in 2007. In 2008, the iTunes store sold for music, then Wal-Mart. After the company continuously growing up.

The company generated 275 million dollars from IPods worldwide between 2001 to 2010. Jobs was consistently rated the no 1 CEO by the success of Apple Inc is considered the world’s best company by many magazines.

Sunder Pichai is the CEO of Google. and still working there. He’s founded Google chrome in 2008. Since there, He’s become more popular among peoples. Also, he got many possibilities after like Gmail, Google Docs, Youtube, etc.

Today, billions of people’s using google and youtube also. Still growing. Today, Google Chrome has been No 1 accessed browser on the internet.

Surpassing competitors like Internet Explorer and Firefox. Chrome also has other important products for business purpose like Chrome OS, Chromebooks, and Chromecast.

Chrome proved to be a great success like that’s allowed to solve the problem of the user’s query in the Google search engine.

Sunder Pichai has become an internationally known following By the phenomenal success of Chrome. Which eventually became the No. 1 browser rather than yahoo and bing in search engine.

He’s born in Hyderabad, India August 19, 1967, he’s Indian-born business executive. Who was CEO of the Microsoft Company in computer software development from 2014.

Nandella had grown up from the southern Indian city of Hyderabad. Also, got studied in electrical engineering at Mangalore University for Bsc in 1988. After moving to the United States.

He completed the master’s degree course in 1990 for computer science at the University of Wisconsin at Milwaukee. Then, went to work at Sun Microsystems, Inc.

In 2007, he was elevated to senior vice president of research and development for the online services division. Which annually generated some $19 billion revenue.

Nandella had been also an executive vice president in charge of the company’s cloud computing platform. Which provided the infrastructure for such Microsoft offerings in the online search engine Bing.

Now, Ginni Rometty Age 62. she was born on July 29, 1957, in Chicago, Illinois, Virginia Marie Nicosia. Growing up outside of Chicago, She is the eldest in four sisters of the family.

Her parents divorced and her father left when she was fifteen years old. Her mother subsequently took on multiple jobs to support the family. While Rometty looked after the household in the evenings.

After graduation in 1979, Rometty went to work for General Motors Institute in Detroit. In where she had got responsible for application and systems development.

She joined IBM in the 1981 year as a systems analyst and systems engineer.

Initially working with clients in the insurance industry. She spent her first ten years at IBM as a technical solution.

In where, she had worked with the clients in insurance, banking, telecommunications, manufacturing, and health care.

In the 1990 year, she started to sell. By 1990, she was helping clients for Prudential Financial with their internet features.

Larry Ellison is the founder of Oracle Corporation ltd. Which has been the fifth wealth created person in the 2014 year.

When He was nine months old, Ellison had got pneumonia disease. His mother sent him to Chicago to be raised by his uncle and aunt. They had adopted Elison to destroy the diseased from him.

After high school, Ellison enrolled at the University of Illinois, Champaign (1962).

In where, he had been the name of the science student of the year. During his second year, his adopted mother died, and Ellison dropped out of college.

The following fall, he enrolled at the University of Chicago. But he dropped out after only one semester.

Then Elison packed his bags for Berkeley, California, with little money, and for the next decade. He moved from job to job at such places as Wells Fargo and Amdahl Corporation. Between college and his various jobs, Ellison had picked up the basic computer course.

Finally, he got able to use as a programmer at Amdahl. Where he had worked on the first IBM mainframe system.

In 1977, Ellison and two of his friends in Amdahl colleagues founded Software Development Labs. had joined a contract based to build a database management system. In which they called named like Oracle—for the CIA.

The company had fewer than 10 employees and revenue of less than $1 million per year. But in 1981, IBM signed on to use Oracle.

The company’s sales doubled every year for the next seven years. Ellison soon renamed the company after the selling best product.

In 1986, Oracle Corporation held its IPO (Initial Public Offering). But some accounting issues helped wipe out the majority of the company’s market capitalization.

After a management shakeup and a product-cycle refresh. However, Oracle’s new products took the industry by storm.

By 1992 the company was the leader in the database-management realm.

Natarajan Chandrasekaran is Chairman of the Board of Tata Steel, Tata Motors, Tata Power, and Tata Consultancy Services.

Natarajan Chandrasekaran is chairman of the board of TCS. Since there the holding company has more than 100 Tata operating companies with aggregate annual revenues of more than US $100 billion.

He joined the board of TCS in October 2016 and was appointed Chairman in January 2017.

Chandra also chairs the board of several group operating companies, including Tata Steel, Tata Motors, Tata Power, and TCS. In Which, he was Chief Executive Officer from 2009-17.

The Tata group companies include 29 publicly-listed corporations with a combined market capitalization. That exceeded the US $120 billion at the start of 2017.

His appointment as Chairman after a 30-year business career at TCS. which he joined from university. Chandra had risen through the ranks at TCS to become a CEO. Has Managing Director of the leading global IT solution.

Under his leadership, TCS generated total revenues of US $16.5 billion in the 2015-16 year and consolidated its position as the largest private-sector employer in India and the country’s most valuable company.

TCS has also been placed among the Best four most valuable IT services brands worldwide. Ranked as one of the World’s Most Innovative Companies by Forbes list category.

After this, he recognized as a Global Top Employer by the Top Employers Institute across in 24 countries.

Natarajan had an embedded culture of customer-focus and innovation at TCS.

In addition to his professional career at Tata. Chandra was also appointed as a Director on the Board of India’s central bank, the Reserve Bank of India.

In 2016. He has also served as the Chairperson of the IT Industry Governors at the World Economic Forum, in the year of 2015-16.

Natarajan is an active member of India’s bilateral business forums including the USA, UK, Australia, and Japan.

He has received many awards in his career

CNN-IBN Indian of the Year 2014 (business category of IT)

Best CEO for 2013 and 2014 by Business Today group committee

Natarajan has been awarded several honorary doctorates by leading universities in India and internationally. He attended the regional engineering college in Tamil Nadu.

In where, he completed a masters degree in computer applications. Before,  joining TCS in 1987.

Born in 1963, Natarajan lives in Mumbai, with his wife Lalitha. They have a son, Pranav. Who is currently pursuing undergraduate study.

These are the best IT industry CEO Biography. Who has achieved lots in his/her career and maintained struggle while he/she had getting unsuccess.

To know about CEO biography is important for us to get success in life. Because the person doesn’t know to “what ways success is come out”. So, we need to follow CEO Biography to achievement.

See More  why programming is important