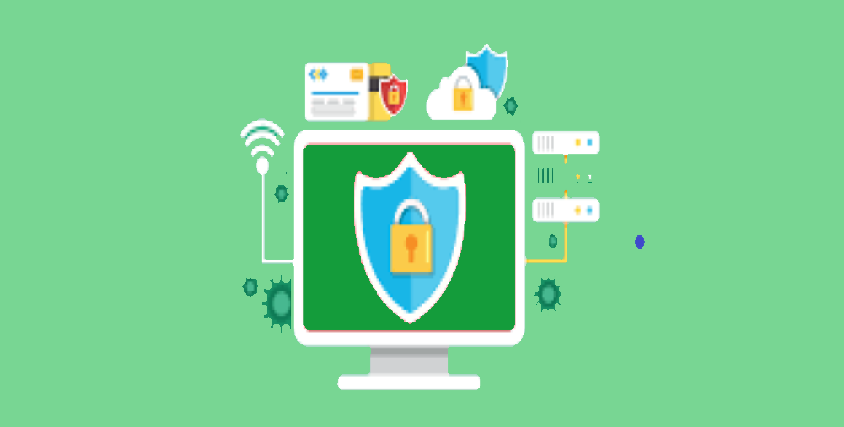 TCP is the process of the Internet is consist of one or more hosts. When we share information on the internet or network automatically sends the data from client host to server host through Transmission Control Protocol.

The host consisted of many layers such as a physical layer, data link layer, network layer, transport layer, application layer, etc. You can check here about the various layer. This process is arranged by step of step process.

The Application Layer enables the user to whether humans or software to access the network. It provides user interfaces and supports services such as E-mail, remote file access, and transfer and share database management and other types of distributed information services.

Transport Layer: That’s consists of Transmission Control Protocol and User Datagram Protocol. This Protocol is helpful for communication and connection to the User or Application Layer.

The transport layer is sent from source to destination packet message. It can implement a procedure to ensure the reliable delivery of messages to their destination devices. which means that if an error occurs they detected.

If errors such as them lose data are detected. The transport layer either request retransmission or notifies upper-layer protocols. So, that can take corrective action.

The service of the transport layer includes

1) Flow control to ensure that the transmitting device does not send more data than the receiving device can handle.
2) Sequencing of the packet for segmentation of data and remotely to assemble.
3) Error handling and acknowledgments to ensure that data is retransmitted when required.

Network Layer: This service providing the network connection to fetch the information from the data link layer and transfer it to the Transport Layer Protocol.

The network layer depends on the source to destination packet delivery through the network.

The data link layer oversees the delivery of a packet between systems on the same network. The network layer ensures that each data packet gets from the source point of origin to the destination point.

The network layer is responsible for

1) Establishing and releasing connections and paths between two nodes on a network.
2) Transferring data, generating and confirming receipts and resetting the connection.
3) It also supplies connectionless and connection-oriented services to the transport layer above it.

Data Link Layer: The Data Link layer is linked to the Physical Layer data and transmitted through the network.

It’s estimated the fix errors, data flow, hardware address and how devices are located in hubs, bridges, repeaters, and switches operate at layer.

It establishes that data is transferred reliably between stations on the network. The data link layer divided into two sub-layers

2) Media Access Control Layer (MAC): It’s lower than the two layers. It’s responsible for providing a method for a station to gain access to the medium.

Physical Layer: The Physical Layer is targeted to the source file or source code. It’s a concern with transmitting raw bits over a physical medium.

The work of both is the same but both are different to send and receive information from one host to other hosts.

It’s essential to know about both of that weather we having felt of How We’re Communicating With Each Other Through The Network.

The Internet has consisted of one to many hosts. Thus, we’re connected globally.

But some time hosts may not connect due to long distance. So, That requires a high internet speed for communication.

TCP and UDP make possible the all process by internet connection. Because They’re connected the devices to the network. So, we can easily maintain the information on the internet.

The network connection has many ways to communicate such as LAN, MAN, and WAN. you can see about these in the previous session.

Now, We will cover all the major information. ‘How Transmission Control Protocol and User Datagram Protocol Do Work In An Internet‘ or ‘How We Are Sent Messages To Each Other‘. So let be stay with us.

How We Message Transferred From One Device To Another Device?

You know that the device has various protocols. when the message sent from one device to another device. The TCP relies on the end-to-end connection between two devices.

The port number identifies the server where to place a process. Then, the UDP protocol sends the packet from TCP Control Protocol Socket.

This way, messages are delivered from one user to another user.

The TCP/IP protocol specifies the format of a segment and acknowledges it. That has two machines for reliable segment transfer to machine uses to ensure that the data reached.

So, The TCP protocol used to identify a process on a given machine for communicating.

The Transmission Control Protocol is connection-oriented. Because the two TCP’s at the sender and receiver over a network must set up as virtual connection to send and receive segments or data.

Virtual connection in TCP/IP implies that the previous segment transferred is related to the next segment between a sender and a receiver by including the following steps.

1) It keeps the track segment to received at a receiver and re-ordered them. That data is spent by a sender. If the Transmission Control Protocol at the sender finds the last segment it re-transmits such as data to the receiver.

2) The segments of data are interchanged between the two Transmission Control Protocol.

Now, We will see What Work Of UDP? Why It is important?

UDP provides transmitted over messages on a host machine to other hosts.

This process is on other machines of a datagram. This process sends by the sender to a receiver using UDP. So, It requires minimum network resources for transfer through the network.

That’s why, delivered using UDP may be lost to order. Because UDP has a large packet to send to the receiver.

It sends a basic function for end-to-end data transmission. It does not provide any sequencing or re-ordering function.

UDP Protocol contains the only checksum: It does not contain a sequencing number for a particular data segment.

That is a connectionless protocol. Because UDP does access a large packet. So, It may be lost while processing.

TCP Protocol is a peer to peer network connection-oriented protocol. There are no subordinate relations. The application transferred data from server to client or From client to server By TCP/IP Protocol.

A server is an application that provides a service to internet users. A client is a requester of a service. The application consisted of a server and client architecture.

which can run on the same or different system. The user usually invokes the client service of the application.

Which established a request for a particular service and sends it to the server part of the application using TCP/IP.

The server is a program that receives a request, performs the required service and back the results in a reply. A server can usually deal with multiple requests and multiple clients at the same time.

Most servers wait for client requests to a well-known port. So, that clients can know to which port (in turn, which application). They must redirect that’s client requests.

Typically, clients use an arbitrary port called “ephemeral port” for communication. That wants to communicate with a server.

That server does not use well-known port must access other mechanisms for learning to which port. The service such as a port map. which does use a well-known port.

That allows a client to connect to the server without having determined on what port server is listening to a request.

The well-known port must-have implement another mechanism to determine on which port server is hearing.

This mechanism might employ a registration service such as a port map or Remote Procedure Call (RPC) Bind to identify the port to which request should be sent.

The Portmap And RPC Bind are defined by Remote Procedure Call It allows programs to execute subroutines on a remote system.

Which represents the client instance in the client and server model. It sends a call message to the server process and waits for a reply message.

It’s essential to know ‘How We Access Internet Or Web Browser’. This is the simple information we shared.

You knew that all process of the internet is processed by the TCP and UDP Protocol. So, It’s required to establish a connection between one device to other devices.

Today Technology fully relies on TCP instead of User Datagram Protocol (UDP). Because Transmission Control Protocol is a secure and reliable protocol.

It may have not to be lost. Because It sends a short data packet to send and receive information from source to destination.

User Datagram Protocol is the unsecured method. due to a large packet to send. That may have lost. So, It is not well-known for any users.

Today developer used a short packet to send and receive data information. So, It may get very fast to establish a connection between two and result show accurately.

That’s why internet speed increased up and people use high network speed to access the internet with accuracy.

Scroll back to top